As the pioneer of the USB DAC movement, Audioquest already has a pretty big and vastly loyal following.

While most companies lucky enough to find themselves in that position tend to take it for granted that loyalties will remain, and simply stop innovating and pushing the limits of technology, Audioquest is one of the few which haven’t rested on their laurels following success. 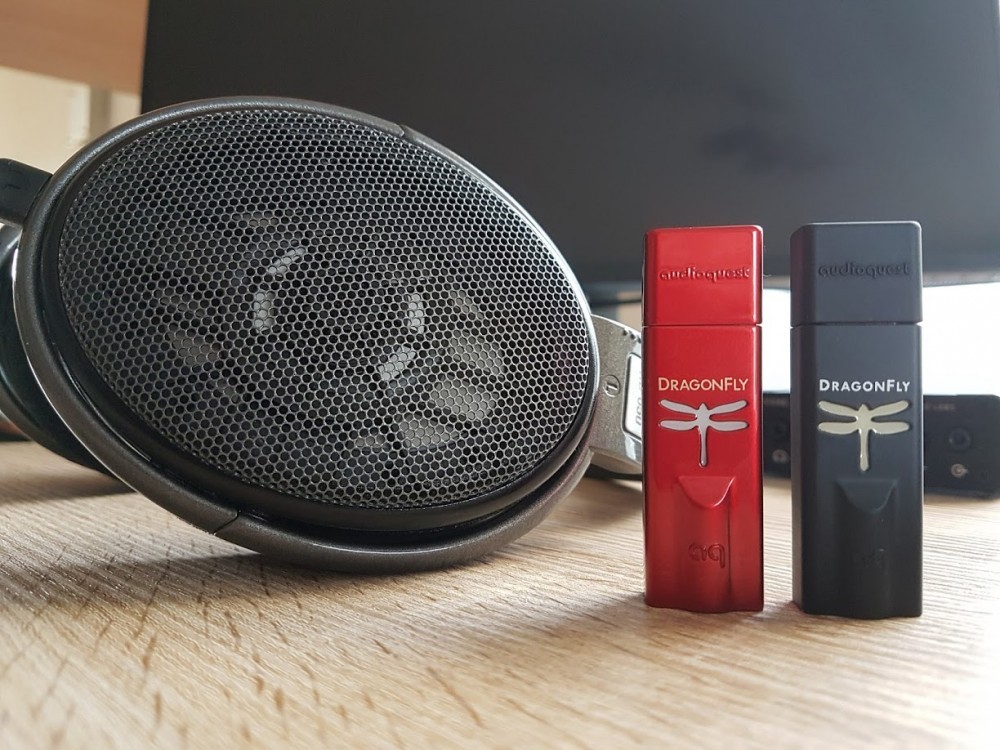 Before diving into the finer details of both DACs, here’s a brief explanation of what exactly a DAC is for those who might still not be familiar with the term/device.

Without this all-important circuitry, your music would just be a sequence of 1s and 0s (binaryform) and you would never hear it.

Now practically every device you’ll use to listen to music carries an onboard DAC but these almost always do the bare minimum in terms of sound reproduction. External DACs always offer better functionality and superior sonic reproduction. 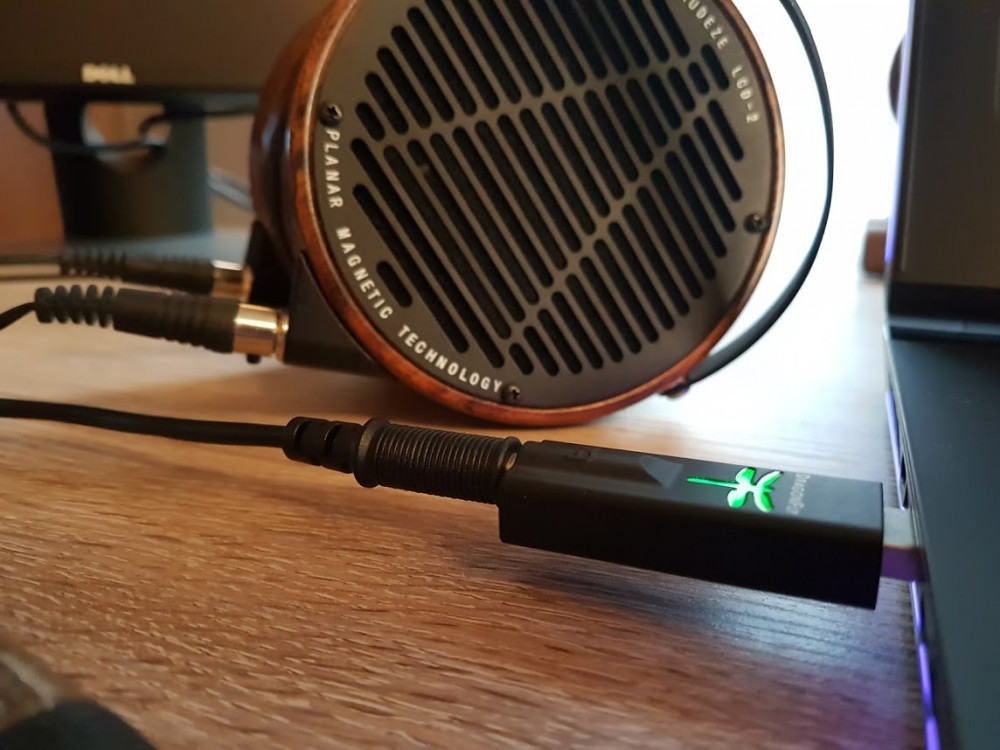 It’s safe to say that just a few years ago mobile audiophile rigs used to be a rare sight and that was mostly because of the design flaws.

The gadgets that were necessary to get the finely detailed sound reproduction every audiophile craves were cumbersome and excruciatingly unattractive to carry around for most people.

The original DragonFly changed all that and with the two new versions, Audioquest has continued in the same vein.

Small and compact, the USB flash drive lookalikes are very similar to each other in design and build. In fact, the only difference physically is their colors.

The Black comes in all black (of course) with a green DragonFly logo and the word DragonFly in gold. The Red is exactly the same except the main color is Red.

The Red is definitely the more aesthetically pleasing of the two, with the glossy red color standing out and more likely to strike a chord with the fashion conscious. The matte black of the DragonFly Black will, however, be more appealing to the more conservative at heart.

Inside, the two DACs carry identical PIC32MX processors. Beyond that, the differences start to get more pronounced, with the DAC chips slightly different.

The Black uses the ESS 9010 Sabre DAC which has a peak voltage output of 1.2.

The somewhat similar DAC chips used mean both DACs have a much lower draw on battery life than the previous version of the DragonFly Black, precisely 77% less draw making both compatible with Android and Apple smartphones/products.

The Red, however, outshines the Black in terms of voltage output meaning while the Black will only manage to drive lower power headphones the Red can drive pretty much any headphone you throw at it. 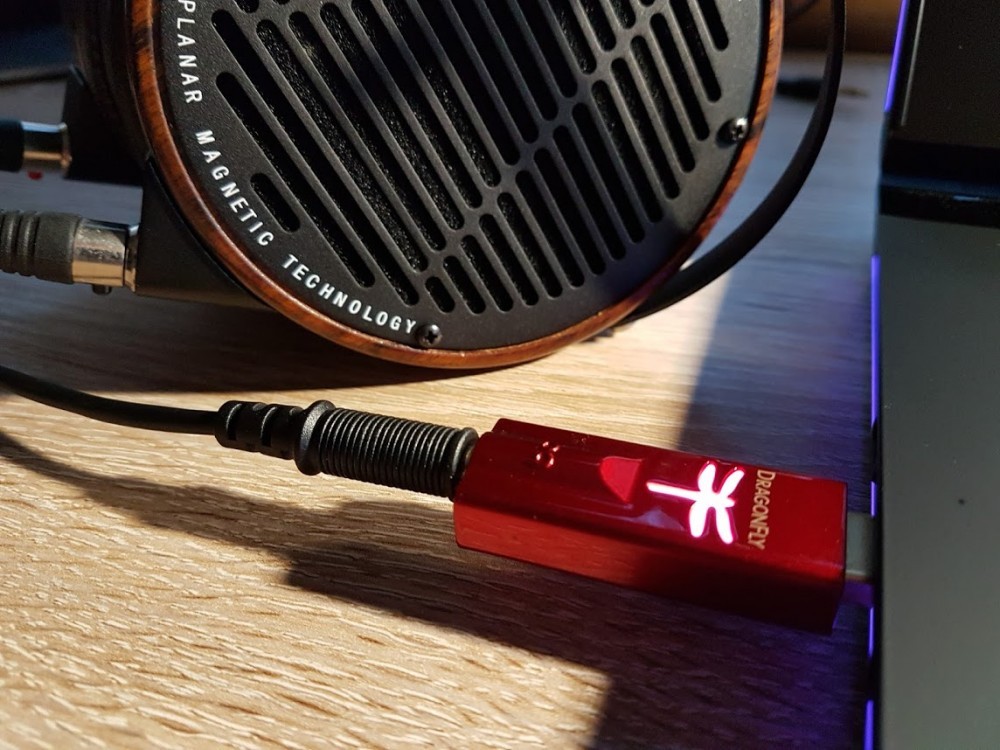 Plugging your headphones directly into your laptop or smartphone then via the DragonFly Black reveals a stark difference in sound quality. A difference so easily noticeable that you wouldn’t need any expertise to hear it, in fact, it wouldn’t be a stretch to say the difference is like night and day.

The audio quality immediately becomes more nuanced, the details finer, richer and more pronounced than you would have imagined. Bass all of a sudden becomes vibrant and colorful while the highs and mids gain a certain solidity that makes it impossible for them to be overshadowed.

The separation between different instruments is mind-bogglingly clear and the soundstage so well defined its impossible not to appreciate why audiophiles go crazy over it.

Comparing the Black to the Red produces a much more subtle difference in audio quality. While the black is clearly good at what it does, there are no two ways about it, the Red is definitely better.

The audio from the Red is much more sophisticated, the bass is tight and unrelenting while the highs and mids are fully present. The soundstage is infinitely better and gains a real sensuality to it that you won’t hear anywhere else.

Finally, the Red makes use of a digital volume control from the 9016 chip where the Black uses the analog version of the previous DragonFly DACs. This change allows greater control over the Red’s volume and allows for finer adjustments as per the user. 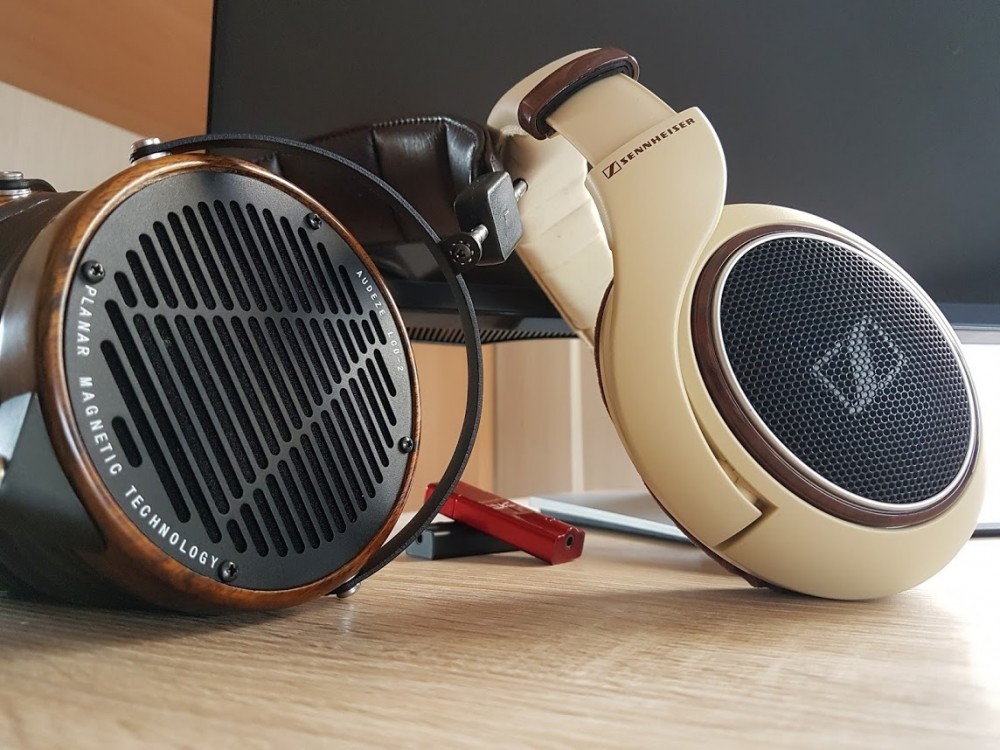 The Smart Choice: Red or Black?

Besides the color, the other immediately noticeable difference between the DragonFly Black and the Red is, of course, price. At almost twice the $99 price of the Black, the Red is obviously the more expensive DAC ($194), a fact that comes with its own advantages for the Red.

But because the two DACs are so similar in a lot of ways, choosing one over the other could be an unenviable task especially as the differences in performance are so subtle.

An effective way of choosing the best option for you would be to consider your headphones first.

If you own low-level $50 headphones to mid-level $150 headphones you’ll definitely be better served by going for the cheaper Black, and if you own headphones that price from $200 upwards (or close to that) you should definitely push for the Red. The extra cost will be well worth the reward.

Any questions, let me know in the comments below!