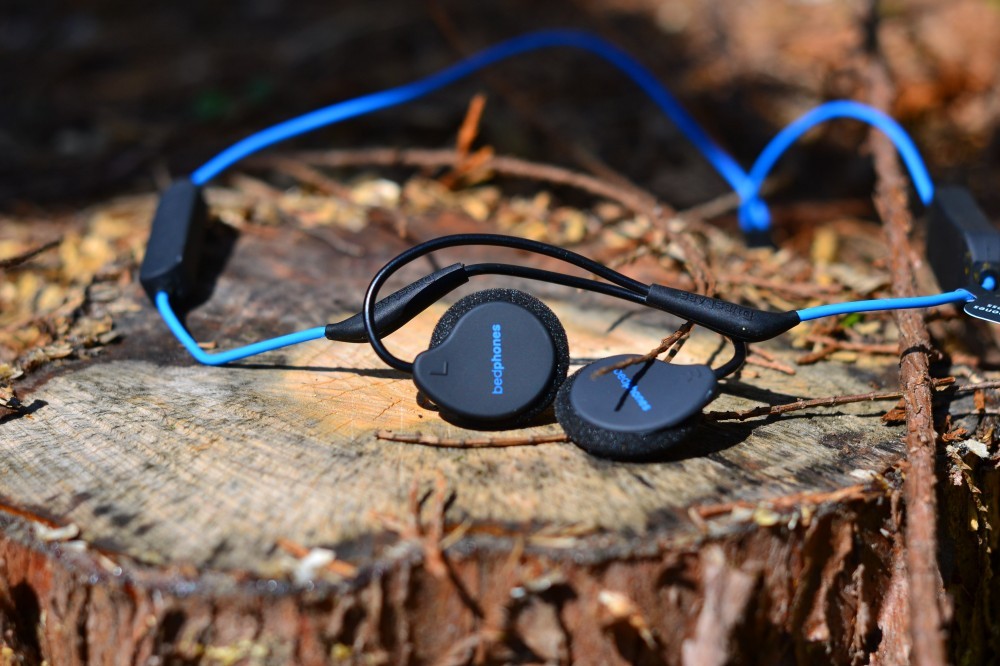 As music is my preferred sleep aid, I’m always updated on the latest versions of sleep headphones on the market.

Having previously reviewed and been impressed by the Bedphones Wireless; the latest in Dublabs’ range of designed for sleep headphones, I have been raving on and off about them to all and sundry, including my wife.

This is when I got the idea of doing a Two-Person Real-Life Extensive Review on these sleeping headphones.

We’ve used the Bedphones Wireless extensively each day and night over the last 4 months to bring you this in-depth review!

How I Tricked My Wife in Becoming a Reviewer

At this point I should mention I’ve been trying to get my wife to ditch her earmuffs for headphones for a while now but she hasn’t stuck with any sleep headphone for a variety of reasons.

That’s why her skepticism was expected when I began admiring the Bedphones a little too much, and also why when it came I was ready with my usual response, all the reasons why she should try them too.

True to form she argued every one of my points and because both of us don’t ever back down, it wasn’t long before it had escalated to a full-blown bet. 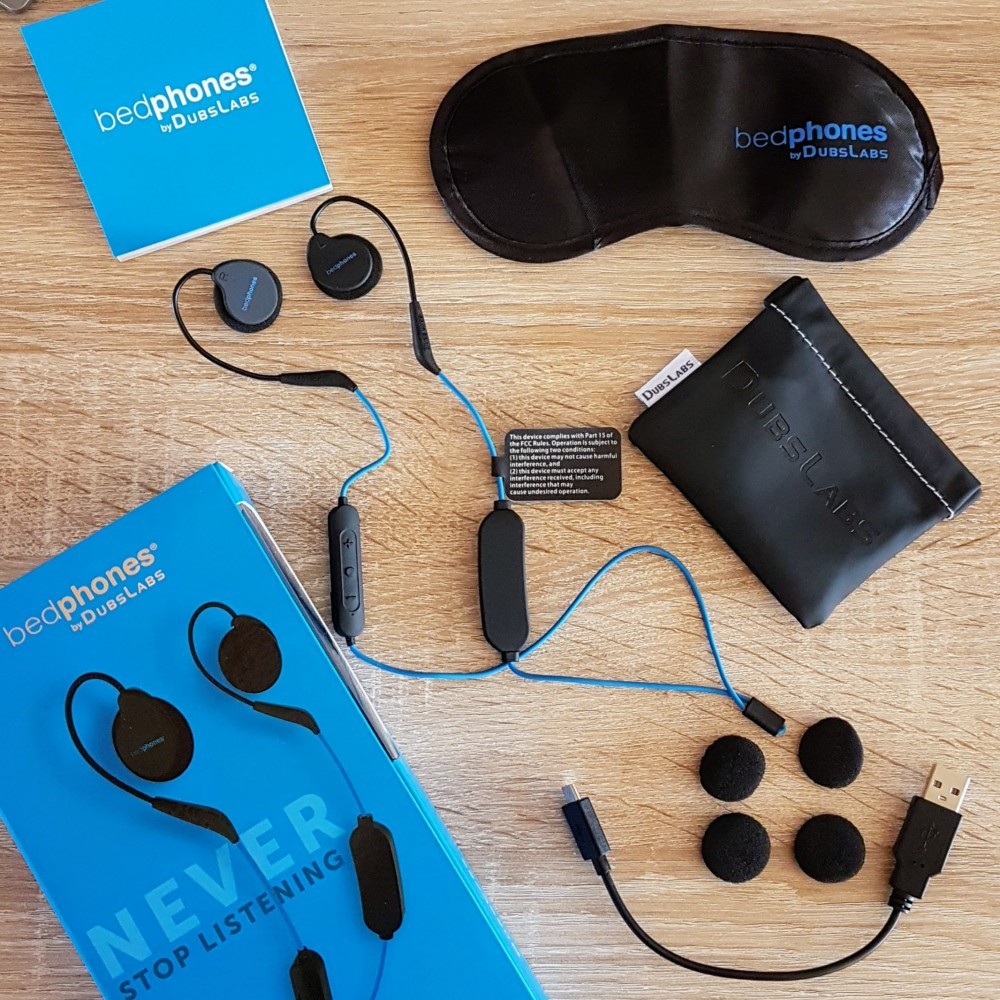 She would like these headphones I said, and if she didn’t we would spend the holiday season at her parents’, if on the other hand she liked them we would stay home.

And well, since I’d been planning on using the Bedphones for an extended period to see how they would hold up, this became the perfect opportunity for even better objectivity.

How Comfortable are these Sleep Headphones?

Comfort is a big deal for both my wife and I, as it is for most people. For a made-for-sleep headphone, however, it is quite literally the number one quality to look at. Thankfully, the Bedphones did not disappoint in that regard.

The first thing we noticed about the Bedphones is how thin the speakers are with my wife going so far as to say, “these speakers look like they’ll break in half on day one”. I think she was secretly hoping they would just so I’d lose my bet, nevertheless, I didn’t argue… 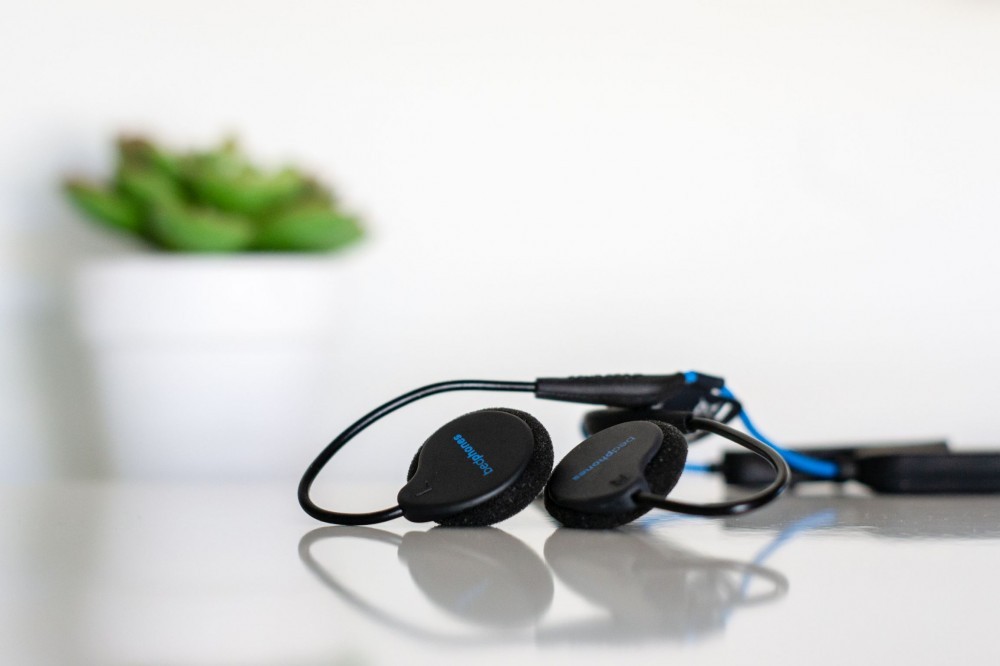 As on-ears, the Bedphones Wireless are made to sit on your ears, while this might seem a counterintuitive approach given how quite a lot of people sleep on the side and no one wants the discomfort of something hard pressing against their ears all night.

This is where the super thin design comes in handy as the speaker is more like a thin disc (or quarter) that doesn’t press against the ears in any perceptible way.

Furthermore, the speakers are covered with foam and then coated with ABS, making sure no metal is felt by the wearer. A fact that impressed my wife as this has been one of her major complaints against wearing headphones at night, choosing earmuffs instead to mask my above-mentioned snoring.

The speakers are held in place by adjustable memory wire earhooks. Unlike most brands which limit the way you can adjust you earhooks to a degree, these ones are infinitely adjustable, meaning you can wear them in whatever way feels comfortable to you. I settled on wearing them over and around my ears from behind. 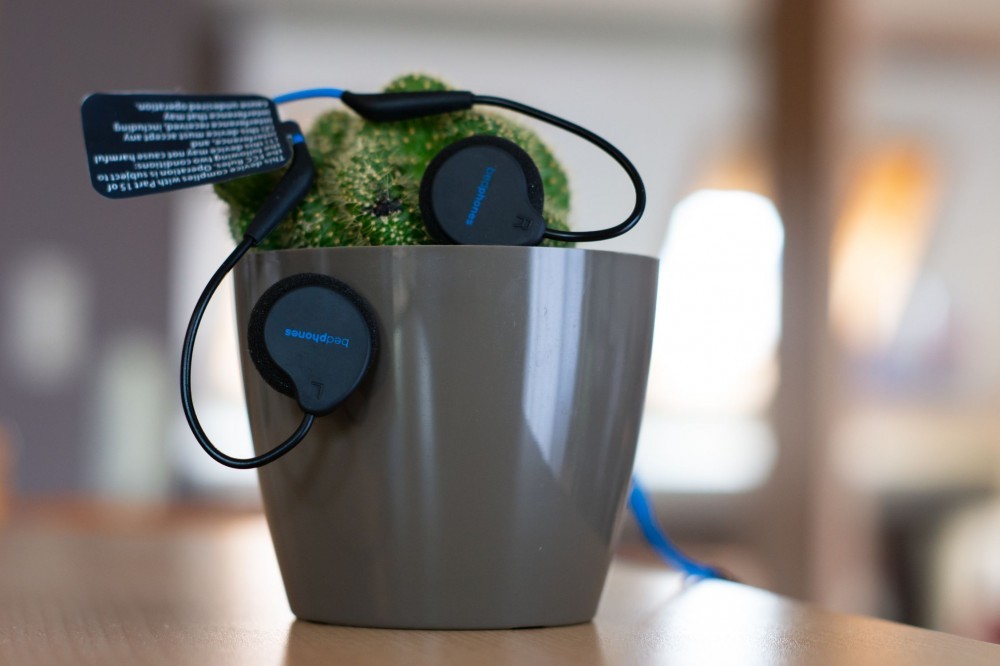 At this point, I should probably mention that Bedphones Wireless are not completely wireless, that’s because of the included inline remote control, and battery, which are housed on wires connecting the speakers.

Leading to what was the only blip we had in terms of comfort after day one, my wife woke up complaining that the headphones were kind of scratching her neck, only to discover she’d forgotten to remove the label from the wires.

The aforementioned wires come with a cable slider connected to adjust the length as you see fit. After four months of using the Bedphones, I should say the fact that they aren’t completely wireless means they don’t get the full marks they would otherwise have in terms of comfort.

The wires did get tangled up once in a while, especially when I tried wearing them with the cable slider much further back, which allowed the wires more room for movement causing said entanglement. 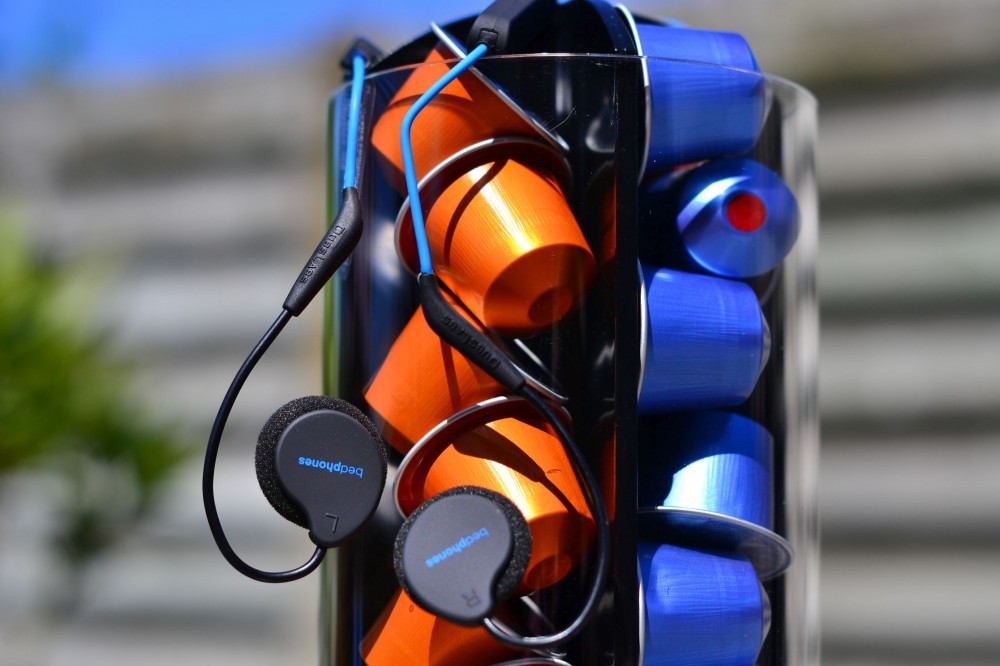 I use a normal soft pillow to sleep while my wife who sometimes has neck pain uses a memory foam pillow. For me, the soft pillow was pretty much 100% compatible with the headphones, with no discomfort or pressure of any sort against my ears.

The memory foam pillow didn’t create the most comfortable experience for my wife at first with the pillow being a little harder, after a few days of use, it did adjust fully and she reported pretty much the same comfort experience as me.

Not found with every other sleeping headphone on the market, Dubslabs have included a nifty little gadget… a sleepmask.

Actually, it quickly became more than just a freebie in the box as my wife especially seems to be really enjoying this extra item as she gets to fall asleep in complete darkness even if I’m still up working or reading.

Personally, I’ve found greater use for it on my occasional afternoon naps when I’m not at work.

All in all, comfort seems to have been a really big deal for the DubsLabs in creating the Bedphones Wireless and it shows.

Testing Durability and Ease of Use

I’ll start by saying, had I listened to my first instinct, I would have refuted my wife’s claim that the Bedphone speakers wouldn’t last a single night because boy was she wrong.

Not only are the 23mm drivers, thin, they are extremely strong and after 4 months, still holding up good as new. 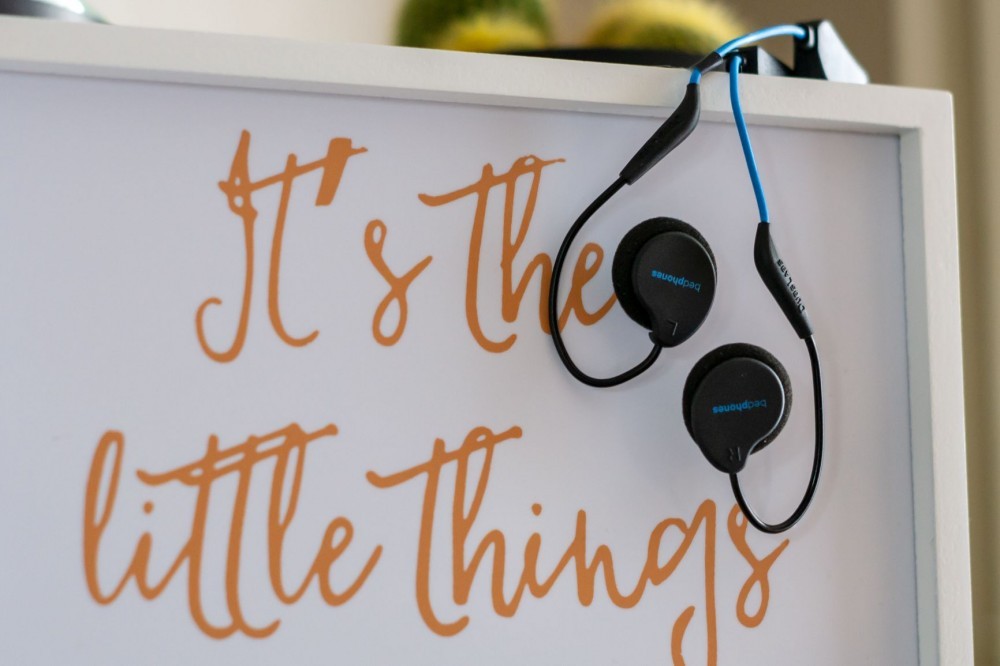 The cables also stood up with none of us having experienced any signs of wear and tear when using them so far. Most of the time the cable is the weak spot with cheaper headphones as audio drop outs occur caused by low quality cables. This is not the case here!

So Versatile! Audiobooks and more…

For example, while I always read for a while before turning on my music to try and fall asleep. My wife has recently (in the last month) taken to listening to audiobooks after trying and failing to get into the reading habit as exhibited by her failure to finish her second book of the year, J. R. Ward’s “Dark Lover”.

Never mind the small stack that has been slowly piling up on her bedside table all year, including her most recent purchase, “Born A Crime” by the Daily Show’s host, Trevor Noah.

In the month that she has started listening to audiobooks she has finished half of the books she had on her reading list, mostly because she has taken to wearing the Bedphones everywhere including work just to listen to audiobooks. 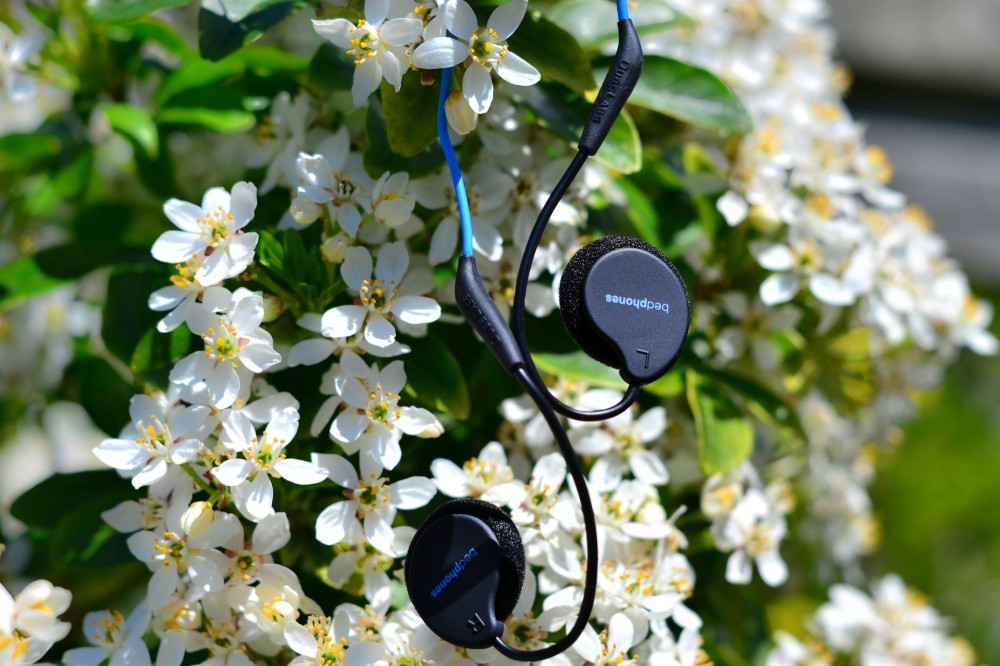 To accuse my wife of being the only culprit to take the Bedphones out of the bedroom would be grossly unfair as I must admit that habit has caught up to me too.

In fact, it’s safe to say I’ve become worse than she is!

According to my son, the other parents have taken to calling me hands-free dad because of the way I’m always chatting on the headphones when I pick up my son from school, but hey what can I say, convenience, and when you’re as busy as I am you take it all.

Do the Bedphones Wireless Sound Good?

While the Bedphones excel in pretty much every other area, this is the one factor where they’re not as impressive.

The mids and lows are solid but have a tinny sound to them when you turn the volume up too loud, which might not be the best experience when you’re listening to your favorite tracks.

The sound is also audible to the next person as these don’t quite have the best seal in the game, especially as on ears, which is how my wife and I wore them before we made a gem of a discovery. 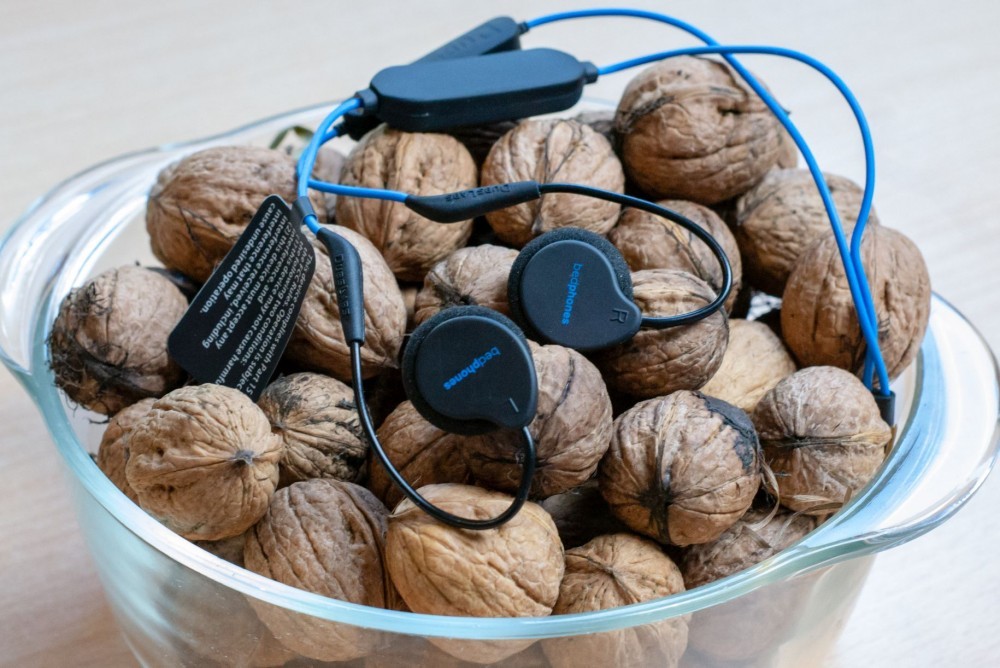 The Bedphones can also be pressed into the concha bowl (basically the inside of your ear which leads to the ear-canal), which gives a much better seal and with it, better sound quality. A discovery I made purely by chance while playing around with the positioning of the earhooks one night.

The tinny sound from the mids and lows (at high volume) is less audible when the headphones are worn this way, hence the improvement in sound quality.

Back to the on-ear method, this will give you some problems if you like your music loud, especially if you like mini-discos pounding at you while you try to sleep, although I’m sure that won’t apply to too many people.

It certainly didn’t apply to my wife and I during our bedtimes. But you should see the looks our son shot us during our car rides as mum and dad’s “weird” (his word, not mine) music was blasting at him from all angles. 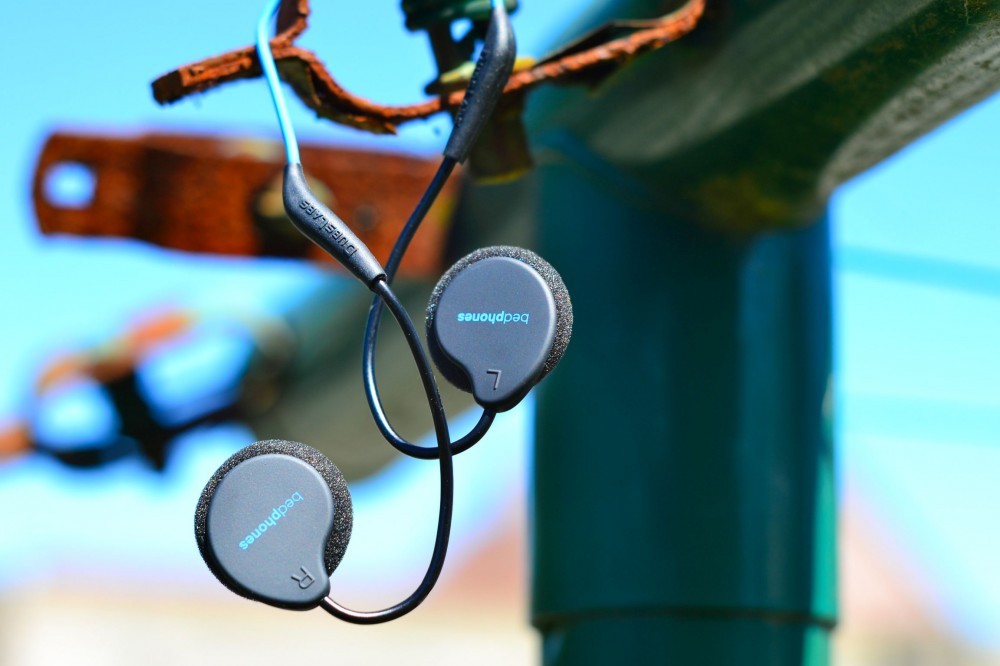 The lower frequencies are much better in terms of how they sound even at full volume. The bass, thankfully, doesn’t muddy and treble is solid.

All things being equal, the sound quality of the Bedphones is slightly above average, which is good when compared to other headphones in this niche but a bit of a let-down when you consider how seamless most other things are on the Bedphones.

Bedphones Wireless Worth It?

The Bedphones Wireless Headphone isn’t a new innovation in any way, while this may sound like criticism, it’s not, this simply means DubsLabs has had the opportunity to work on different models of the headphone and improve an already impressive design.

Even if you don’t use them as sleep headphones, they’ve proven their usefulness outside of the bedroom on more than one occasion. 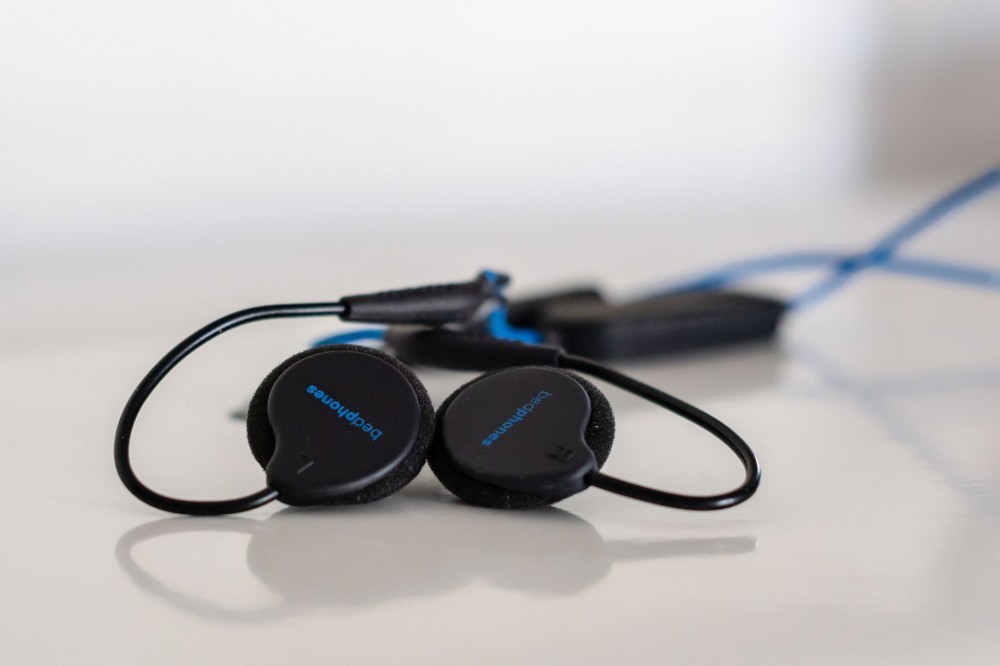 Comfort is as good as it can get for sleep headphones, with only the top headphones in the niche coming anywhere close.

These are great for people who can’t stand in-ear headphones, but still want something discrete and lightweight.

Sound quality is the only factor which could presumably stop this from being an A-class headphone (especially for audiophiles) but that’s to be expected, no one needs premium quality sound while they’re sleeping, at least I know most people don’t care.

Oh, and in case you’re wondering who won the bet between my wife and I, all I’ll say is, we’re not spending Christmas at the in-laws’ this year. 😉 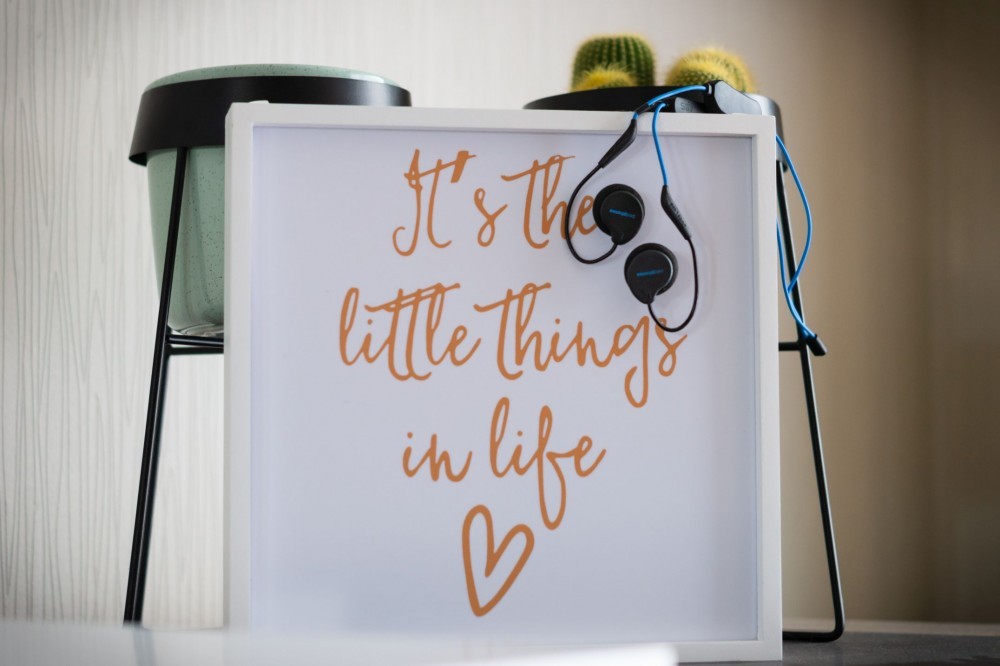